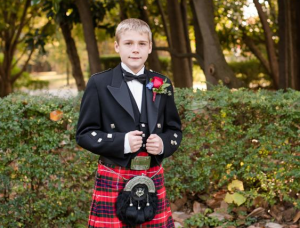 Scotland weddings still follow time-honored traditions in small corners of the country. They do more than just putting on Kilt. The traditions range from quirky Scottish rituals, to romantic wedding customs that have formed a part of the tradition for so long. Therefore, if you want to adapt this style of wedding, where you incorporate obscure and time-honored traditions of the Scottish people, this guide will probably give you some clues. 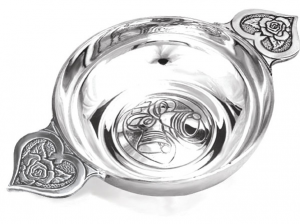 There is this thing they call a Penny wedding. Here, guests are supposed to bring their own food and drinks at the reception. Then couples can be given a chance to splurge on the cakes. However, this tradition should only be followed by couples who are on a tight budget.

Another Scottish wedding tradition requires that the couple bring a two-handled silver bowl filled with whiskey. In most cases, it’s the bride who will bring this silver bowl for the purpose of feeding guests with the drink once the legal proceedings are complete.

There are many traditional dance styles to borrow from the Scottish people. But Grand March dance is just one of those styles that caught the attention of the world. This is usually the first dance that takes place at the wedding reception. The Grand March is basically the act of the bride and her groom walking towards a live band, while the best man and maid of honor are following. Once this order is formed, both sides of their in-laws and guests will follow to fulfill the tradition.

The groom can wear a T-shirt called the ‘’Wedding Sark’’. This t-shirt is usually gifted to him by the bride. In return, the groom pays for the wedding dress. 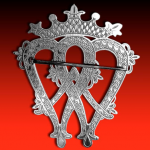 Still when gifting, the maid of honor is expected to give tea-sets, while the best man from the east will be expected to gift clocks to the happy couple. Alternatively, a luckensbooth can serve as a brooch which the bride can give to his betrothed as a token of love.
As for the anniversary gifts – there are no typical Scottish traditions that you’re restricted by. However there are presents that are more suitable for the specific anniversary year than others. For example china is the theme for the 20th anniversary but more details are explained here.

The Scottish people believe so much in wedding luck charms, and that’s why these charms make a big part of their traditions.

So when the bride is exiting the house on her wedding day, she should start doing so with the right foot forward.

Those who live in Angus or Aberdeenshire love to put sixpence inside the bride’s shoe. This has long been a tradition.

And then there is the wedding scramble tradition which is widely practiced in Ayrshire. The wedding scramble is nothing but the act of the bride’s father throwing coins for the kids to collect as the bride comes out of the car. This practice is believed to bring financial fortune.

Finally, there is feet-washing, where the bride will seat on a chair and have an older woman washing their feet before drying them with a clean towel. In Fife, this tradition is practiced on the groom, where he is required to seat inside a bath tub with his feet raised upwards. His legs should be smeared with grease, soot, and ash.

There are many more Scottish wedding traditions practiced in Scotland and in other places around the world. Some traditions may sound weird. Others are plain fun to adapt. So don’t be afraid to go wild with these wedding traditions if you’re throwing a Scottish-themed wedding.